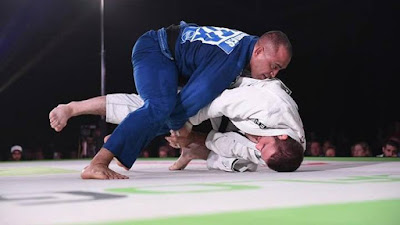 The main event of F2W Pro 44 was just as intense as we'd anticipated it would be, with Olympic silver medalist judoka Travis Stevens and 2015 ADCC champion Yuri Simoes having a technical, back-and-forth to match till the very end.

Stevens comfortably defended the grips of Simoes, but before he could attempt a throw was taken down by the Brazilian via a perfectly-timed collar drag.

Simoes aggressively looked to pass the guard and attack but Stevens avoided settling into a position from which Simoes could find the finish.

"I was able to do what I planned, I wanted that submission but he was tough avoiding positions that would lead me to it," Simoes said following the bout.

Simoes was given the win via split judges' decision.